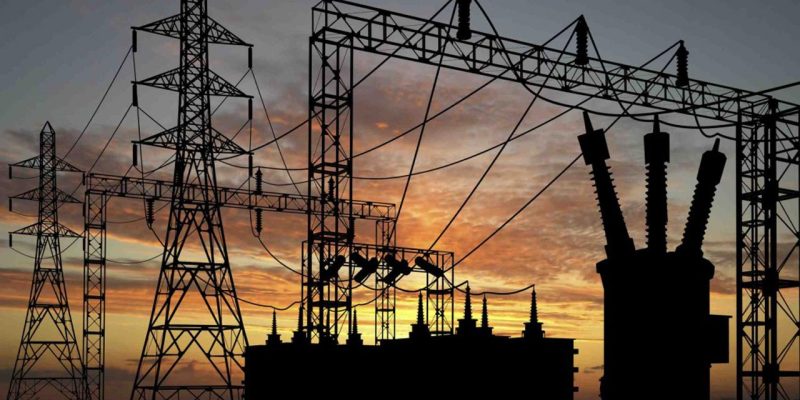 There is no gain saying that the rate of electricity supply in Nigeria is in low rate despite the deregulation of the sector which accidentally gave option of privatization. The privatization gave change of name from National Electric Power Authority (NEPA) to Power Holding Company of Nigeria (PHCN) which also localized to different distributing companies in various states.

However, despite the change of name and different options considered and implemented, the situation seems to remain the same and the country moves in circles of incessant blackouts.

Speaking on problems and challenges leading to ineffective power supply in many communities across the country, Mr. Ade  Oladejo, a retired defunct NEPA Staff, identified many challenges such as faulty generation of transmission, incompetent staff of energy companies, poor financial management on both part of the government and the companies that are managing the sector, vandalization of Gas pipelines, corruption, insincerity of those saddled with the responsibility of managing the electricity sector and above all, lack of maintenance culture which generally is affecting all sectors of government in Nigeria.

Oladejo said some of the transformers are not in good shape and the authority had continued managing them to the detriment of the innocent consumers who are not enjoying power services of the distribution companies despite the charges nailed on those consuming it.

“I worked and retired at NEPA for 35 years. I have seen some of the issues or challenges confronting or behind the so-called reform of electricity sector in Nigeria. The ugly trend can be arrested if government is sincere enough in what they called privitazation.

“Some of these problems which I had earlier mentioned need to be addressed. As a developing nation, we must learn how to employ competent hands to manage the sector not necessarily on connection or whom you know because that is what is killing us today.”

He said the government has not been sincere in the so-called privatization of Gas sector because those saddled with the management of the sector gave it out to incompetent hands or companies due to what they intend to benefit instead of looking for those who will properly manage the sector well and achieve desirable results of providing effective power supply to the poor citizens of Nigeria.

“You know corruption is a challenge and a big problem in this country; a country where right people are not placed in right positions or places; a country where many things seem not working; a country where everything seems to be possible without anybody saying something. We must address the fundamental issues before we can get to where we ought to be. Imagine exorbitant billing given to poor Nigerians for a light they do not consume. Most communities are in total darkness and yet they are being given crazy bills every month”, he added.

According to him, many businesses are crumbling due to erratic power supply and there is urgent need to explore power generation options for the improvement of power capacity, reliability, efficiency and availability to consumers. This, he said, will be possible if government is sincere in ensuring that Nigerians enjoy regularly light and pay only for what they consume.

Oladejo, however, advised the government to ensure that those managing the sector are providing quality services by the way of ensuring that competent  hands are employed as well as providing quality transformers to various communities that will not be overloaded and try to acquire transformers that have enough capacity to supply light to the people and consequently do away with obsolete ones.

Also speaking, Dr.  Titus O. Ajewole, an Associate Professor in the  Department of Electrical and Electronic Engineering, University of Osun State, Oshogbo (UNIOSUN), said with its direct influence on nations’ educational and research development, industrialization and manufacturing strength, welfare and healthcare delivery, as well as agricultural and food security, stable supply of electricity is a key underlining pre-condition for national socio-economic growth.

However, he stressed, the collapse of national electric grid has become a re-occurring incident in Nigeria, thus making reliable delivery of electric power to consumers appear illusionary. He stated that it is on record that not less than 200 incidents of breakdowns have been recorded on the power system since the completion of the privatization of the national power industry in 2013.

Ajewole said: “This is a strong evidence that the unbundling of the industry has not yielded the expected result and the poor performance of the electric utility sector is continually taking a heavy toll on the economic development of the nation.

“By the privatization, the erstwhile monopoly of the Nigerian electric power market got the generation and distribution sub-systems of the grid ceded to a number of private investors, while the monopolistic and the state-ownership identities were retained for the transmission sub-system. In addition, there have been heavy investments on the industry by government and a number of private entities, yet the pre-privatization problems of the grid lingered.

“This disappointing trend is being prominently blamed on infrastructural dilapidations that affect the generation and the wheeling capacities of the sub-systems, pipeline vandalism that results in shortage of gas supply to thermal plants and prevailing energy market structure of the nation’s electricity value-chain that does not yield adequate payback to the investors.:

He added that every one of the identified challenges that are currently bedeviling the electric power industry in Nigeria can be arrested with exertion of sincerely motivated and properly directed efforts.

Ajewole said there is a need for the government to create the political will and the strategy that can end the menace of pipeline vandalism that limits the functionality of gas-fired power generation plants. Also, infrastructural development for power supply must be attended to in a more strategic manner for the fact that the hitherto investments on the facilities have not been yielding result.

He pointed out that the expansion of transmission and distribution facilities need to continue for increased wheeling capacities, further investment to increase generation capacity should not be the priority as at the moment because this may lead to more downtime complications.

According to him, there must be a proper maintenance of the existing generation plants so that they can generate at their maximum installation capacities, as this is a better approach and this requires improved maintenance culture and practice.

The Senior Lecturer hinted that the review of the prevailing energy market structure in the country is highly necessary to ensure that investors are not running at loss, while on the other hand, the consumers too are not over-burdened.

He disclosed that proper metering and tariff approach is one of the important practices that can bring sanity into the practices of this kind of business, by which persistent energy theft and also estimated billing can be checkmated.

Ajewole was of the opinion that extensive deployment of renewable energy-based electric microgrid technology in Nigeria can bring enormous relief to the stressed grid structure. With regards to the emerging trend in power system development across the globe, electric microgrid systems are being employed for stand-alone, stand-by, grid-connected, co-generation or peak-shaving applications, he added.

“One of the realistic ways by which the grid challenge can be tackled is to increase the renewable energy quota in the national power generation mix since Nigeria is abundantly endowed with renewable energy resources that are yet to be adequately harnessed. Summarily, Nigerian electric power sub-sector has not been faring well for a number of decades.

“Privatization was purposed to salvage the industry, but the post-privatization occurrences, particularly repeated grid collapse, have shown that the industry keeps failing the country. Undoubtedly there is a need to re-strategize to have viable reliable electric utility.

“The solution lies in outright stoppage in vandalism of gas pipeline, strategic infrastructural development, review of market structure, including metering and tariff technique, as well as expansive deployment of electric microgrid technology.” he stated.

Dr Muyideen Olalekan Lawal, a Senior Lecturer in the Department of Electrical and Electronic Engineering at UNIOSUN, also said power system is made of three sections: Generation, Transmission and Distribution, adding that these three sections have issues when it comes to Nigeria’s power sector.

Lawal said the main challenge facing generation, especially the gas thermal plants is the shortage of gas supplies, either due to scarcity or pipeline vandalization. He disclosed that out of the available capacity, 4000MW to 5000MW, is usually dispatched daily but this value is far lesser than what will be needed by a population of over 180 million people.

Lawal pointed out that distribution gets electricity to the end users and makes money for the other two sectors, adding that just like the transmission, there is a great amount of power loss in the distribution system.

“It is important to note that power loss is synonymous to money loss. Another way that this sector loses money is through excessive energy theft by users. So, there is great loss of money that’s supposed to be used for the improvement of the system in Nigeria”, he said, advising that government and those saddled with the duties of electricity sector need more sincerity.